Who was St Patrick?

Not much is known about the elusive patron saint of Ireland. So we have done some research to help you understand why St Patrick’s Day is such a big deal in Ireland… or pretty much any country in the world!

Let us start from the beginning. St Patrick was a Scottish man born with the name Maewyn Succat (he took on the name 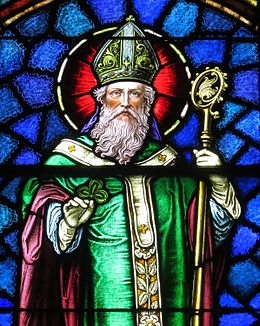 Patrick after becoming a priest) and when he was 16, he got kidnapped by Irish Raiders and was sold into slavery to herd sheep.

St Patrick spent six years captive. Because of this he became fluent in the Irish language and turned to Christianity. He eventually escaped after God had told him in a dream that he was to escape back to Britain. It is said that he met up with his parents in Wales before then going to France where he became a priest.

A few years later, St Patrick had a dream in which the Irish people were calling him to back to the island and pleading him to walk amongst them. When returning to Ireland, he was set the task to convert Ireland to Christianity. So, he travelled far and wide converting many to God’s religion and started to build churches all over the country with his disciples.

There is much debate over when he died. Many believe it was March 17th (which is why St Patrick’s Day is held on this day) and many believe that this is actually the day of his birth. It still remains a mystery.

What about the snakes?

So, what about the snakes? It is a common belief that St Patrick rid Ireland of snakes. It was said that he was atop a hill during a 40 day fast, when snakes started attacking him. The story goes that he chased all the snakes into the sea, never to be seen again!

Now, we know today that it is very unlikely that this story is true. Scientifically, the climate of Ireland means snakes can never live there, as well as the fact that the sea surrounding Ireland is too cold for snakes to migrate.

Some believe that the snakes represent pagan religions and atheists, hence why St Patrick was driving them out of Ireland, as his job was to convert the entirety of the country to Christianity.

Why is St Patrick’s Day celebrated so widely?

Millions of people around the world have lineage to Ireland and this day over time has gradually become a significant date for Irish pride which is why everyone drinks and wears green!