The Bigwave Business Games come to a close for 2018

After eight weeks of fierce and fun competition, the Bigwave Business Games have finally drawn to a close, with Michelmores Solicitors being crowned the victors for 2018!

The Games culminated in the eagerly-anticipated annual bell boat race in the quay on Friday, June 22nd – the pinnacle event of the Bigwave Business Games, sponsored by Nexus Open Systems. Companies come together to enjoy a few cheeky bevvies and a pizza and battle it out on the water to take home the final trophy.

Bell boat winners, the Met Office put pedal to the metal to smash their way to the top of the leaderboard. They gained a bottle of bubbly and a meal out, generously provided by Nexus, for their effort.

They couldn’t quite match the fierce competitive prowess of Michelmores, however, who also earned third place in the 2017 Business Games. 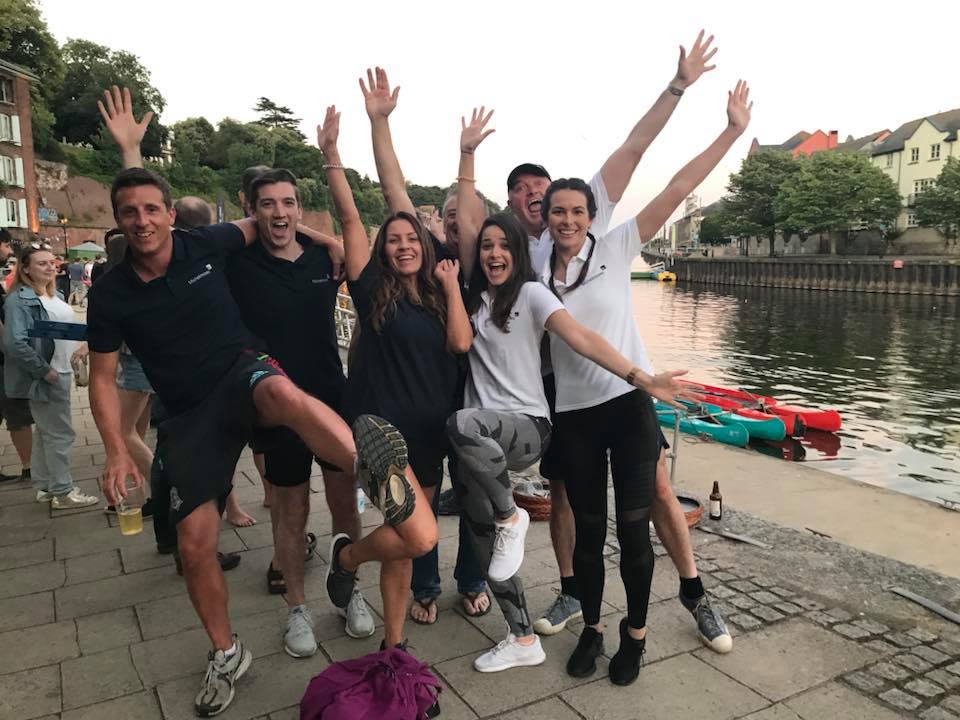 With some friendly competition (a bit of splashing!) and excellent weather, the bell boat race was the perfect end to the festivities.

Pulling out all the stops!

The competition throughout the Games was close, with 23 businesses using their wits and skill in eight events – ten-pin bowling, a treasure hunt, a pub quiz, clip n’ climb, dodgeball, ultimate frisbee and touch tennis and, of course, the boat race.

The ability to play a ‘joker’, gave the teams the ability to double their points in an event of their choosing. Overall winners, Michelmores, played this card on dodgeball – a tactic that turned out to work very much in their favour. They won that one as well!

Rebranded as The Bigwave Business Games in 2016, after the name of the company responsible for organising the competition, the games first kicked off in 2009, with the aim of promoting business, networking, employee wellbeing and charity work in the region.

This year’s Games were in aid of The Exeter Foundation, an organisation which raises money for charities and projects in the region. Since 2009 the Games have raised tens of thousands of pounds, something that will have been gladly contributed to by this year’s Games.

A big thank you to everyone who participated in this year’s Games! Bring on #BWBG19!