The Google January 2020 core update is live. Here’s why you should pay attention.

As of the 13th January, Google announced a desktop search redesign which puts favicons next to organic results and black “Ad” labels next to, well, ads.

This doesn’t look like a seismic change, because we’ve already seen this layout for several months on the Google mobile search results. The only difference that the Google January 2020 core update seems to make (at least, on first glance) is the use of favicons in desktop search results. 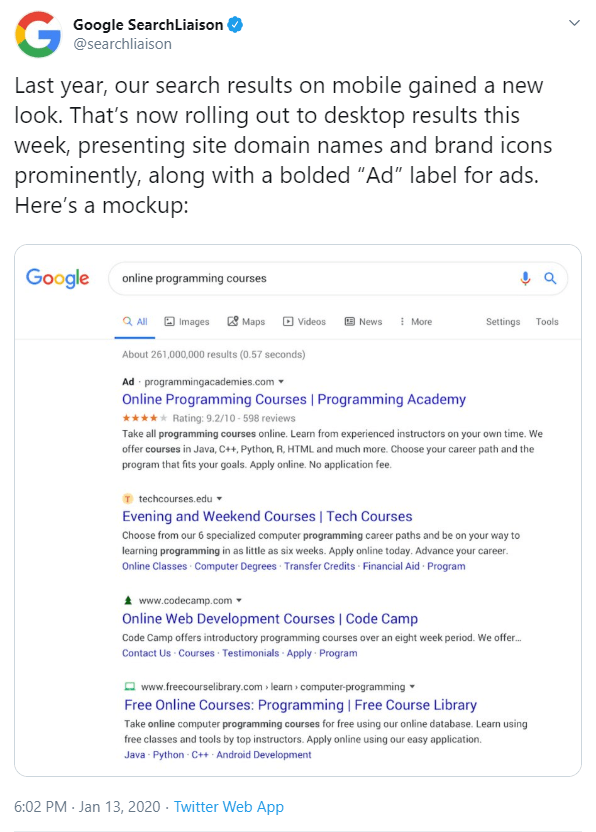 So, what’s the fuss about?

Ok, so why does this dull Google update need a whole blog post?

Well, since it’s a broad core algorithm update, the January 2020 core update will affect search results worldwide. It doesn’t target anything specific like the Panda or Penguin updates did, so there’s nothing for SEO wizards to actively improve upon.

Usually released several times per year, core updates make significant but broad changes to the Google search algorithm. The benefit? These updates make search results more and more relevant to each user, with higher quality pages and more authoritative content links. The problem? After core updates, some businesses can find themselves bumped down SERPS and a drop in their traffic. 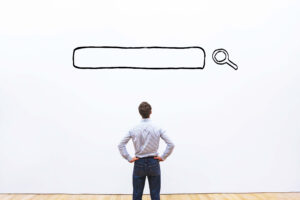 What does this mean for businesses?

“One way to think of how a core update operates is to imagine you made a list of the top 100 movies in 2015. A few years later in 2019, you refresh the list. It’s going to naturally change. Some new and wonderful movies that never existed before will now be candidates for inclusion. You might also reassess some films and realize they deserved a higher place on the list than they had before.”

Whilst I wish I’d made that analogy up (it’s a good’un), that one comes straight from Google.

The ranking of pages naturally varies as new, shiny, better pages are created. Yes, the Godfather is an excellent film, but some people would rank The Irishman higher now that they’ve seen it. Are they both great films about the mob? Yes.

As Google says, “the list will change, and films previously higher on the list that move down aren’t bad. There are simply more deserving films that are coming before them.”

There’s nothing necessarily wrong with pages that slide down rankings after a core update. All that’s happened is that they’ve been reassessed against web content that has been published since the last update, or even content that was missed last time.

Effects like drops (or gains!) in search rankings are common, so it’s important to pay attention to your SERPS for the next few weeks. 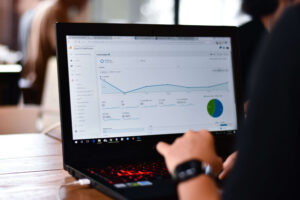 Is there anything I can do to improve my search engine rankings?

If you’ve seen your rankings drop, it’s worth scoping out which webpages are now ranking ahead of yours. Reassessing your content is a great place to start when considering how you can make your site better for searchers.

Helpfully, Google has published a list of questions you can ask yourself to find out what you can improve on your pages. Ultimately, businesses should seriously consider enlisting the help of professional content marketers to make sure that their page content is the best it possibly can be.