Bigwave Marketing has joined forces with Inverclyde Leisure and Technogym to implement a state-of-the-art cycling Skillbike studio – the very first of its kind – at the Waterfront Leisure Complex in Greenock, Scotland.

#TeamBigwave has put pedal to the metal to deliver an exceptional campaign for the launch of the new studio, which features 16 bikes with cutting-edge gear changing technology.

The bikes, a Technogym creation, replicate the dynamics of real hill riding so that riders can feel like they’re elevating, whilst on a stationary bike.

It’s been an incredibly exciting project for Bigwave, who have donned numerous marketing hats to ensure the end-to-end success of this campaign.

One such task was the creation of vinyls to adorn the studio wall. Head of Creative Services, Dan Tofield, put together a striking design, both dynamic and motivational in purpose. The walls incorporate Technogym branding and include inspiring messaging encouraging participants to pedal that little bit harder. 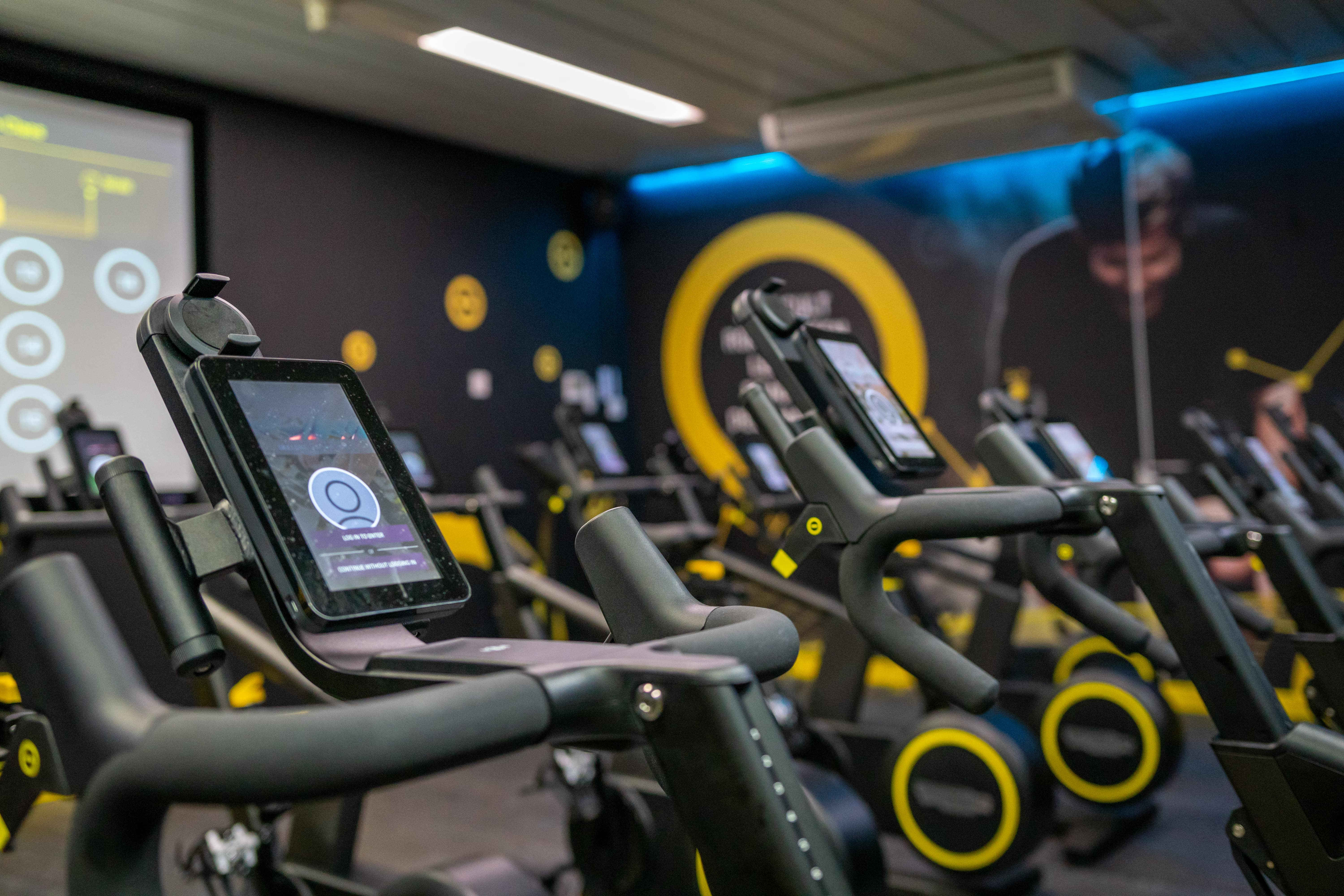 Dan was also commissioned by Technogym and Inverclyde Leisure to photograph the official launch of the Skillbike studio, attended by professional road racer Jen George. He said:

“It’s been great to play a part in such a pioneering new product and I’m pleased with the fantastic response we’ve had from Technogym, Inverclyde and their customers.”

On top of this, Bigwave have been responsible for creation, printing and distribution of flyers, billboards, leaflets, website banners and the creation of social media posts promoting the new studio, amongst many other things.

The team at Inverclyde Leisure are thrilled with the results so far. The Skillbike studio has occupied what was once a meeting room, enabling them to expand on their facilities. As a result, their spin class offering has increased from 10 classes a week to an impressive 60.

The studio has already taken the fitness industry by storm with whispers as far as Morocco, where Bigwave media directors Tom and Simon recently attended the SIBEC conference.

“It has been great to work on another new innovation with the team at Inverclyde Leisure and also forge new links with Technogym.

We are excited to be part of the planning and strategy and look forward to seeing the growth of this new product within Inverclyde.”